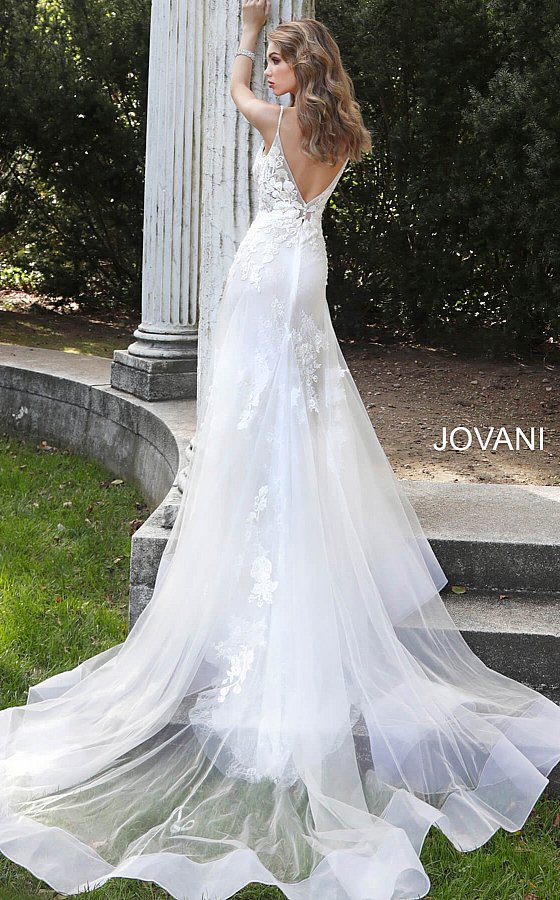 Wedding dresses were always something more than just the bride’s clothing on her wedding day. In the past, the wedding gown represented the social status of the marrying couple. Today, the bride-to-be’s dress is a reflection of her preferences and personality.

Over the centuries bridal fashion changed in various ways. What remained unchanged is that wedding dresses are still the most important and discussed part of weddings. What a bride decides to wear can set the tone and style of the wedding itself. It also shows off her own taste and fashion sense.

The wedding dress is the message

Let’s start our journey across the history of bridal fashion with the times when wedding dresses were a show of status. In the past, wedding ceremonies used to be based on politics and social climbing rather than love. The dress of the bride-to-be was a direct relation to her family’s social standing and wealth.

Brides from prosperous families would wear bridal dresses made of bold colors. These gowns had layers of rich furs, velvets, and silks. The brides who were not as wealthy would wear their best church clothes as wedding dresses.

Where did all this white come from?

White was not used for wedding ceremonies up until the Victorian era. Before that, families wanted a colorful lavish gown to show their guests how much the dress cost. Blue was the common color for the wedding dresses, as it symbolized purity.

In 1406, Princess Philippa of England wore the first documented white gown. Princess Philippa’s wedding gown was made of fine white silk and bordered with a grey squirrel. The next appearance of a white wedding dress was a century and a half later.

In 1559, Mary, Queen of Scots took on the French throne. She wore white because white was said to be her favorite color. A curious fact is that back then white was actually the color of mourning for French Queens.

White wedding dresses became popular at the beginning of the Victorian era of the nineteenth century. After Queen Victoria wore a white bridal gown, soon every bride wanted to be in white as well.

The wedding dress of Queen Victoria was made from heavy silk satin, paired with handmade lace.

A feast of silks, trains, embroidery, and lace

Bridal gowns featured full skirts with layers of petticoats and long trains. These wedding dresses were made of the finest silks and satins. They had tightly cinched corsets. The corsets were huge at this time in history.

The Importance of Being … Corseted

During the early 1900s, bridal gowns were often paired with S-shaped corsets. These corsets were meant to suck in the stomach and bring forth the bust line. They were intended to give a more “womanly” shape.

This shape was enhanced by frills and ruffles on the bodice of the dresses. Gowns often had above the elbow puffy-sleeved that tapered down called, gigot sleeves.

By the roaring ’20s, flapper dresses were all the rage and were a must in fashion. Brides opted for dresses that were short in the front and had long trains during this time. Who knew that high-low dresses dated all the way back to the 1920s?!

Coco Chanel introduced her first knee-length wedding dress, which became extremely popular. These short dresses had plunging necklines, were drop-waisted, and had loose bodices. Covered in adornments, and fringe, paired with a cloche veil, these dresses were meant to party in, and that they did.

The Great Depression in the 1930s brought change and lavish gowns were not feasible. Most brides opted for a more simple look. Gowns were made of rayon, not silk, because of cost.

The majority of brides wore their nicest dress they owned as a wedding dress. These dresses were typically a tea-length floral dress. Or a style dress that could be dyed and worn again after the wedding.

Towards the end of the 1930s, wedding gowns stayed simplistic. What Wallis, Duchess of Windsor, wore on her wedding ceremony was known all over. Her wedding dress was just a simple blue skirt paired with a long-sleeved corseted jacket with covered buttons.

When brides made their own wedding dresses

The 1940s brought war, and war everywhere. Weddings were often held at the last second, with the majority of the men on the battlefield. Most brides made their own dress out of furnishing materials. Other brides who had less time to prepare just wore a normal short dress on their wedding day.

Weddings nowadays hang not on the bride’s whim, but on the decision of the grooms commanding officer.

A Fresh Beacon of Hope

By 1947 Queen Elizabeth’s white satin wedding dress had been called a “fresh beacon of hope” for post-WWII England. This dress had a 13-foot long, star-patterned train. It was embellished with over 10,000 crystals and pearls.

The material used for the dress was ivory silk with silver thread and tulle embroidery. Once again a queen took bridal fashion by the reigns. Gowns usually had rounded shoulders, gathered sleeves, and corseted waistlines.

Bridal fashion in the 1950s was an iconic time. The first sweetheart neckline was introduced with Elizabeth Taylor in Father of The Bride.

Bridal gowns featured high lace necklines, long lace sleeves, and full flouncy skirts. These gowns were embellished with tulle and lace fabrics, appliqués, and plenty of frills. The dresses also usually had a bolero that could be removed so the gown could be worn again.

Grace Kelly’s elegant bridal gown from 1956 is something that is still sought after in today’s time. The gown had a fitted lace bodice and full bell satin skirt. It was made from 25 yards of silk taffeta and pearls. To give extra volume to the gown, Grace wore three petticoats.

Another iconic woman took the 1950’s by storm, Audrey Hepburn. The actress wore Givenchy full-skirted tea-length dress in the movie Funny Face. This look became popular in bridal fashion, especially when accompanied by a short veil.

The 1960s continued with a short trend for wedding dresses. Brides opted for dresses with empire waistlines, instead of corsets. Domed pill-box hats with bouffant veils were added to complete their wedding look. Wedding dresses at this point featured more metallic embellishment.

The 1970s were not defined by one dominating trend for wedding gowns. In fact, gowns ranged from hippie frocks, fairytale princess gowns, pantsuits, and punk-influenced dresses. Compared to the past, there was an array of options to choose from for a wedding gown.

The most iconic wedding dress was worn by Princess Diana during the 1980s. The gown featured puffy long sleeves, a full crinoline lined skirt, and a corset. The dress was fully embellished with bows, crystals, lace, and over 10,000 pearls.

During the 1990s pop culture fueled the wedding industry. Women opted for minimalistic looks compared to the 1980s. Sheath wedding dresses, with simple cuts, were the biggest fad.

Movies like the remake of Father of The Bride, Four Weddings and a Funeral, My Best Friend’s Wedding, and Runaway Bride changed the bridal industry.

Brides had more options for gowns than ever before.

Today brides can choose from classic ball gown to sexy sheath, flowy bohemian, sultry mermaid or anything they can even imagine. No matter what kind of bride you are, the perfect wedding dress is somewhere out there, waiting for you.

Whether you will go down the traditional white route or decide on a red wedding gown, just be happy. Relax and enjoy wearing your wedding dress with style.

Hi, I'm Nazy. I am a content strategist and IT specialist with over 15 years of experience in the digital marketing industry. My work has ranged from SEO to brand development and website management. I have been working as a content creator for JOVANI Fashion where my focus is on creating compelling blog posts that not only increase traffic but also build an emotionally connected audience for the company's brands.